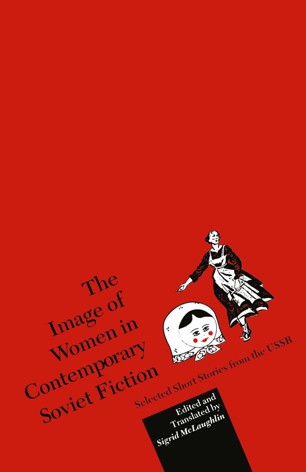 In Part 1 of my search for women engineers in fiction, I considered English-language novels, mainly British but also one from the USA. Whilst searching for those examples, I started to find some online references to women engineers mentioned in novels in Russian and German. I do not read either language so had to hunt for references in literature surveys such as those whose covers are shown above, or any translations which might be available.

Vera Dunham’s 1976 book “In Stalin’s Time”  referred to many stories about women in technical roles, mainly in manufacturing and science but also some in engineering. It proved quite difficult to track down any other references to the books or characters mentioned. An example is Rima, a widowed metallurgical engineer in Dobrovolsky’s Zhenya Maslova. Her character as a practical, tough women who has seen life is mainly used to contrast with the eponymous principal character, an actress.

Another, Lida Romnich, in Irina Grekova’s book “On Maneuvres” [Na ispytaniyakl] is far more thorough in its use of engineering context. This is perhaps not so surprising once you realise that I. Grekova is the pen-name for a real female engineer, Elena Sergeevna Ventsel (nee Dolgintsova). The story follows the travails of Romnich in her work designing structures for weapons tests out at an isolated experimental testing range. As with Rima’s stories and most others, whether written by male or female authors, with or without engineering backgrounds, Romnich’s story is typical in focusing on the conflict between career and family (or romance). Ventsel herself said that her stories (especially her best-known – The Ship of Widows) were not in the western concept of feminism and she did not consider herself to be a ‘women’s writer’. On Manoeuvres painted an unflattering picture of the Red Army and Grekova was publicly criticised, leading to her leaving her unique position as a technical professor at the military academy to go to the institute of railway engineers. Whilst most of her books had male leads they also had technical contexts and themes which were unusual in the 1960s. 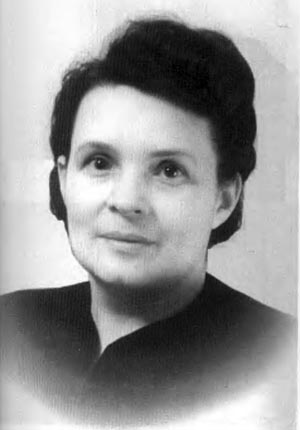 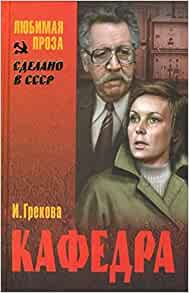 Grekova also wrote a book about the difficulties of a young woman scientist dealing with the behaviour of the professor in a university department – the title Kafedra literally means The Chair (in the sense of a professor’s position) but in this context can be translated as The Department. Grekova also published important texts on probability theory and industrial efficiency.

Another Russian book featuring a woman engineer is Comrade Anna (Tovarishch Anna) by Antonina Koptyaeva.  Anna is the director of a goldmine and shares with ‘brilliant engineer’ Nonna Sergeyevna (in Vera Panova‘s factory story Looking ahead/Kruzhilikha where you can read the whole book in English) having to set her career aspirations to facilitate those of a man. It seems such themes were widespread in soviet literature as everywhere else, and indeed Panova’s book won the Stalin Prize so it must at least have been approved of. One cannot help but wonder if there was a propaganda aspect to these stories to discourage women from continuing with their equal roles in technical work.

A similarly-located novel but written in English, about engineer Natasha, is Moscow Yankee by Myra Page who travelled a lot in the USSR and based the character on a real woman, Valya Cohen.

In German, from the same period, is Vicki Baum‘s first really successful novel, ‘Stud. chem. Helene Willfüer’ which is fortunately widely available in English, as Helene. The eponymous heroine is studying for her doctorate in applied chemistry and then trying to make a living for herself and her illegitimate son. Both her choice of career (in 1928) and decision to not marry her son’s father would have seemed very daring at the time but the story ends very conventionally with her about to marry her former supervisor. This book does include more science than similar stories and was Baum’s first real commercial success before the book she is now best known for – Menschen im Hotel (published as Grand Hotel in English).

These books from the early Communist and later Soviet eras of Russia and the depression period of pre-Nazi Germany are, on the whole rather negative in tone, and not ones I would think might ever lead a girl or woman to think that engineering was the career for her. This seems to contrast notably with the novels I displayed in Part 1 of this topic, many of which were written in similar periods. Even discounting the explicitly proselytising career novels, the other stories with greater or lesser amounts of actual engineering still portrayed it as a very positive, adventurous choice for a young woman, rather than yet another burden to struggle through.

I have not located any other non-anglophone novels about female engineers, so if you are aware of any, especially if a plot summary is available in English, please get in touch to let me know.

I recently recorded a Zoom presentation on this topic available on Youtube here.